The Pleasure Principle – The First Recordings


A heady assembly of alternate versions of classic Numan cuts.

Following the hectic schedule of promoting “Are Friends Electric?”, Numan recorded a new session for John Peel the day after the single hit #1 on the UK charts. Rather than record as Tubeway Army, the session was credited to Gary Numan and the group name abandoned at the peak of its success. As before, rather than promote the current album, Numan chose to record four new songs. From the surviving tapes there are six mixes marked as out-takes and the discs have been sequenced with the stronger, second Freerange demo preceding the first session. 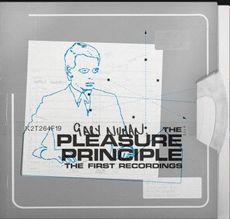