Now ostensibly a solo project, Michael Gira has assembled a cast of fellow sound abusers for a bruising, yet tender album that moves Swans into another distinct era.

Written and produced by Gira, the album features contributions from recent and former Swans, members of Angels of Light as well as Anna and Maria von Hausswolff, Ben Frost, The Necks, Baby Dee and Jennifer Gira. Despite this wide cast, the album remains cohesive as Gira drags each unique voice into his seedy world, manipulating them into obeying his sonic demand. “simmering and meditative rather than pulverising and explosive, long-form songs such as ‘Sunfucker’ and the ululating 12 minute title track nevertheless conjure familiar themes of mortal supplication and futility” 4/5 - Mojo 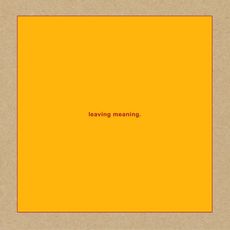