This is Pop and while the single of the same name from slightly earlier in XTC’s career included a question mark, by 1982, recording a fifth album (and a double at that), with Hugh Padgham again sharing production duties, those three words could stand, simply, as a statement of fact.

Fulfilling the promise of the band’s previous albums “Drums & Wires” (1979) and “Black Sea” (1980), English Settlement emerged some eighteen months after “Black Sea” – the band’s longest period between albums to that point - in early 1982 as a defining statement of XTC’s vision of British Pop (not, please note, Britpop..). The pace of many of the songs is almost leisurely when compared to their earlier, more frenetic efforts, the scope of the music – in lyrics, song-writing styles and recording is expansive; the sense of a band both comfortable and confident in what it is doing is palpable. Even the cover speaks to a sense of a timeless Englishness in its presentation of the image of Oxfordshire’s Uffington White Horse. Preceded, in the UK, by the January release of the album’s first single, ‘Senses Working Overtime’ and with that single hitting the UK Top 10 and becoming the band’s biggest hit to date, the album quickly climbed to a UK Top 5 position. With everything looking incredibly positive and XTC poised to tour the world in support of the album, it seemed the moment of the ‘big league’ crossover had finally arrived for XTC when, early in the tour, the years of tour/record/tour/record/tour caught up with Andy Partridge’s health, an onstage collapse early in the tour causing the abandonment, not just of that leg of the tour but, ultimately, a re-assessment of work styles and a cessation of all future performing plans. XTC never played live concerts again. Further singles from the album in the UK and Europe – although neither of them hits – helped to maintain the album’s momentum and keep it in charts for most of the year. In the US (where “Black Sea” had hovered on the edge of the Top 40), even a butchered track-listing to reduce it to a single LP (leaving it to compete with more sought after import copies of the original), couldn’t prevent the album from entering the Top 50 but with a new record company expecting a tour to push that position further and confronted with a now cancelled tour, keeping the album visible and chart active for many further weeks, even if not in the higher echelons of the charts that had been initially aimed for, was a success of sorts. In the long term, coming off the road enabled XTC to hone their song-writing & studio work to an even higher degree but “English Settlement” remains a final defining statement for XTC as a ‘road band’ and, in that sense, is also viewed as a career punctuation point. While looking for the (at this point still “lost in the archives”) multi-track tapes to enable Steven Wilson to undertake new stereo & 5.1 surround mixes of the album, the original half inch master tapes were discovered. These tapes were used as source masters from which engineer John Dent cut new lacquers for this heavyweight vinyl edition. An album which set standards in 1982 on release sounds, if anything, even better now. 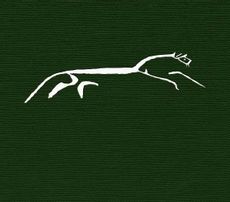