Originally released in 2009, BEGGARS was the follow up to 2007’s ambitious The Alchemy Index Projects.

Feeling that the band’s previous two projects (The Alchemy Index and Vheissu) had a sleepy feeling to them, THRICE wanted to make a record that was more upbeat and energetic. BEGGARS debuted in the Billboard Top 50 and has sold over 70,000 copies to date. - Limited Edition Striped Vinyl - Bonus 7" with rare tracks never before on vinyl and never before seen artwork 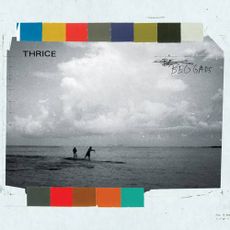