‘Surviving’ is a timely reminder of just why mark’s favourite band are still selling out venues, headlining festivals and scoring top 10 albums as new generations of fans adopt their songs as the soundtrack to their lives.

this is the band’s most personal, ambitious album to date and front man Jim Adkins once again proves himself as one of the most prolific songwriters in rock & roll. lead single “All The Way (Stay)” extolls the virtues of letting people discover the real you while exposing your vulnerabilities. As a heady rush of guitars give way to an irresistible middle-eight, Rachel Haden’s backing vocals and a saxophone solo lifted from the soundtrack of the-greatest-80’s-movie-John Hughes-never-made, ‘All The Way (Stay)” showcases the restless creative energy of a band at the peak of their powers. 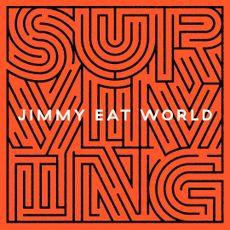