The 7” single features a pair of new pieces from Hannah Peel and Will Burns, combining the same evocative, powerful sonic palette and plainspoken poetry as their acclaimed album ‘Chalk Hill Blue’.  A commission to create a new collaborative work for the BBC resulted in ‘Moth Book’, an elegiac mediation on loss which flowers into a driving, hypnotic synth workout, perfectly offset by the haunting flipside track, ‘Wendover, Bucks’.  Burns and Peel are also set to play a series of Chalk Hill Blue shows - at British Sea Power’s Krankenhaus Festival, at Milton Court Concert Hall, London as part of the Barbican’s music programme and at The Civic Barnsley.  According to Peel, the London show will be “channelling the living landscape present on the album, this one-off Barbican show will be re-creating the album live with a scored woodwind quartet and special guests to accompany the sounds, synthesis and poetry.” Opening at Milton Court will be a playback of On Vanishing Land, the audio-essay collaboration between Justin Barton and the late Mark Fisher with music by John Foxx, Gazelle Twin, Raime and more.  ‘Chalk Hill Blue’ (released by Rivertones earlier this year) is the first album that Burns and Peel have worked on together: a record of electronic ruralism channelling lives threaded through the chalk landscapes of Southern England.  Burns is poet-in-residence for arts-meets-nature-uptown phenomenon Caught By The River and was a Faber New Poet in 2014. Throughout 2019 he has been working on a major commission for Waltham Forest London Borough of Culture 2019, creating a series of work inspired by Epping Forest for The People’s Forest season.  Peel’s ‘cosmic colliery’ electronica has explored a diverse range of inner and outer landscapes: refracting the science of both the human brain and outer space through analogue synthesisers and community brass bands on her 2017 album, ‘Mary Casio: Journey To Cassiopeia’.  ‘Chalk Hill Blue’ was produced by Erland Cooper who, along with Peel and their orchestral place-rock band The Magnetic North, has long held a finely-tuned antenna to the particularities of contemporary British landscapes.  Peel says, “After only meeting Will at a few gigs before, we met at the studio to try out some ideas. Whenever he heard a sound or texture, he instinctively brought out a poem that he thought fitted the mood. It was like ‘Tone Poetry’. Equally when he read a poem to us in the studio, we reacted straight away with sound… casting away apprehensions, creating an album live in the room instinctively, with no boundaries or expectations.”  The collaboration has also widened to include BAFTA winning film director Kieran Evans who has created a series of videos for the project including the latest for ‘The Night Life’.  Meanwhile, Hannah Peel’s soundtrack to 2019’s ‘Game Of Thrones: The Last Watch’ has been nominated for an Emmy in the category Outstanding Music Composition For A Documentary Series Or Special (A Dramatic Score). 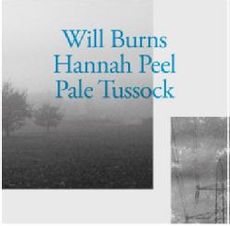