Gerry Cinnamon’s music crosses generations in a way that only a handful of wordsmiths can - relatable, relevant and a true story teller.

Unmatched in his ability to operate outside of the mainstream, Gerry, while choosing to remain unsigned, has become a cult hero and force to be reckoned with since self-releasing his debut album Erratic Cinematic, which recently rocketed back to the top of the UK Album Charts; hitting the Top 20, at number 17, following massive performances at Glastonbury and TRNSMT Festival. His anthemic tracks, laced with social commentary have captured the imagination of audiences across the UK and beyond. The inimitable live shows are infamous for their wild atmosphere and special sing along moments. Using loop pedal harmonies and pounding kick drums, Gerry makes a habit of whipping the audience into a frenzy which sees them leaving on a high and wanting more. Gerry kicked off 2019 with two sold-out Amsterdam shows in the world-famous venues: Paradiso and Melkweg. His first German shows in Hamburg, Cologne and Berlin sold over 1300 tickets. And his second UK/IRE tour sold out in minutes. His upcoming UK and Ireland arena tour continues his legacy of sold-out shows; with over 115,000 tickets gone within hours of going on-sale. With his sold-out 15,000 capacity Aberdeen show Cinnamon will break the record for the BIGGEST EVER indoor show in Scotland. Setting the bar for a number of big festival appearances this Summer, Gerry packed out Glastonbury Festival’s John Peel Tent – and surrounding area! See him at TRNSMT, Benicassim, Kendal Calling, D-Code (Madrid), Haldern Pop (Germany), Electric Picnic (Ireland) and more. The singer song-writer, who was recently nominated for Best Live Act and UK Breakthrough in the Association of Independent Music Awards, has also confirmed more new music is on the way, following the release of his latest single – Canter. In an age of information overload, it’s clear Gerry Cinnamon cuts through the noise. No longer is the intermediary power with the label or the media. It is between the artist and the people. Gerry is perhaps the best example of that. He is more than an artist but a phenomenon, paving the way for the next generation of DIY pioneers. And the best part is he’s just getting started. 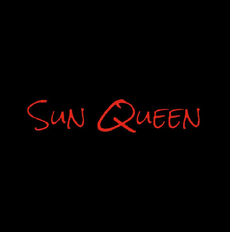