Denis Sulta has rapidly emerged as one of the most exciting new prospects from the ever-fertile Glasgow scene.

His unique sound has been carefully crafted having earned his stripes and a large part of his musical education and knowledge through working at the internationally renowned Rubadub record store whilst holding down regular and ongoing sets at the world famous Sub Club and releasing records on influential labels Dixon Avenue Basement Jams, Numbers and his own Sulta Selects. A recent Mixmag cover-star, with support from the likes of Ben UFO, Four Tet, Bicep and Peggy Gou, he has recently joined BBC Radio 1’s Residency show alongside Jayda G, HAAi, Charlotte de Witte and Saoirse. His revered Sulta Selects shows have taken place across the globe. Now residing back in his hometown of Glasgow, after a long stint in Berlin, the prodigal producer has aligned with Ninja Tune for the new ‘Aye Spoake Te Sumwuhn & They Listenhd’, offering some of his rawest and deeply personal music to date. Inspired by the people and places who have guided and nurtured him on the path to where he is now. He has previously played festivals and venues around the world, including Glastonbury, Parklife, Sonar, Primavera, a headline set of the BBC R1 Dance Tent at Reading & Leeds Festival, Pitch Music & Arts Festival, Melt Festival, Creamfields and many more. In 2018, Denis stepped up to deliver his first Radio 1 Essential Mix, dropping bangers from pals Hudson Mohawke, Mall Grab, Hammer and more. He was recently named as one of Radio 1’s new residents alongside Paul Woolford, Jayda G and HAAi. Future shows include a Sulta Selects show at London’s Printworks with Denis curating the line-up which features DJs Todd Terje, Gerd Janson, Eclair Fifi, Prins Thomas and more. 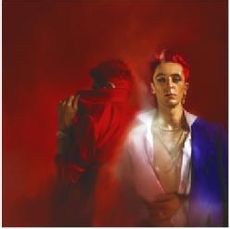