brewed in the troubled waters of a bruised America, the sombre and indelible beauty of the low anthem’s second lp returns 10 years later to lick our wounds once more.

The band’s 2008 self-released version of the disc spread like wildfire via word-of-mouth audience response. The album was then licensed, remastered, reissued and travelled the globe, sweeping the DIY-minded Low Anthem along with it. A brief survey of late-2000s American popular culture offers no immediate clue as to why an earnest, and largely acoustic folk-rock album would so dramatically rise up from America’s underground - and perhaps no-one was more surprised by this than the band itself. This is a must for fans of fleet foxes, father john misty and the war on drugs. “magical songs laden with imagery and poignancy” 4/5 – the guardian. 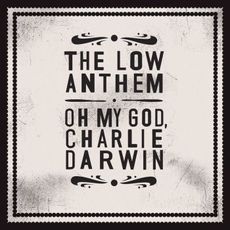