for its 10 year anniversary, halsall’s vivacious sophomore gets an invigorating remaster and the striking  bonus tracks, ‘It's What We Do’ and ‘Ai’.

Since 2008, Matthew has released seven critically acclaimed studio recordings and has been a key figure in the rise of a new jazz sound in the UK. His rich music draws on the spiritual-jazz of Alice Coltrane and Phaorah Sanders, contemporary electronica and dance music alongside his travels in Japan, the traditional art and music of which, has left a lasting impression on his compositions. It’s a Joyful, life-enhancing album, drawing on UK jazz and spiritual jazz influences but with a decidedly modern bounce. But Halsall was never completely happy with how it turned out and decided to revisit the recordings, meticulously remixing and remastering them. "high level, spiritual jazz music" Gilles Peterson. 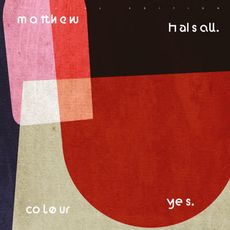