Though Nas' artistic legacy is without question, this was not always the case.

After achieving universal praise via Illmatic and commercial success with its follow-up It Was Written, Nas' next releases were considered inconsistent and lacklustre compared to the critical one-two punch they followed. This would change in 2001 with the release of Nas' fifth studio full-length, which made the effort to re-establish himself in the underground style which first brought him to prominence. The title even being a nod to his own roots, Stillmatic, a clear and present reference and sequel of sorts to Illmatic. The move worked perfectly; Stillmatic was hailed by critics as a stunning comeback, and a brilliant return to form, earning rave reviews from rap outlets such as The Source and HipHopDX as well as from more mainstream publications like The Rolling Stone and The Village Voice.Now approaching two decades after the record's release, Get On Down proudly brings you this deluxe LP reissue. Stillmatic, unavailable on vinyl since its original 2001 release, is now presented with remastered audio, and pressed on silvercolored wax just in time for RSD Black Friday! 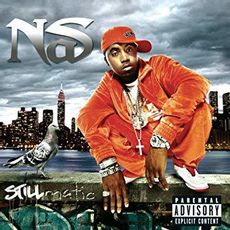