four albums in and hazel wilde and co have found their niche perfectly – part beach house, part slowdive, part Cocteau twins, they’ve found a way to carve an instantly identifiable sound that borrows from the dreampop greats without hiding in the shadows.

Wilde does nothing less than dive headlong into the existential crises of our times. Beginning with the record’s title - a pointed comment at the dangerously manipulative tactics of ideologues - its nine songs turn the microscope to issues including our hopelessly polarized politics, social media, addiction, grief and the climate crisis. The world is brought into focus, but Wilde’s style is not declarative. She also proves herself a songwriter possessed of a rare talent for finding the personal contours to contemporary issues, fully inhabiting them to make them real. “What makes the band tick has been disassembled and rearticulated more directly than previously, and on a song-by-song basis. Direct, though, is relative. 'Spook The Herd' does not serve up what it is in pre-digested chunks. Lanterns On The Lake have retained a bracing obliqueness on their most beguiling album to date.” 4/5 – the arts desk 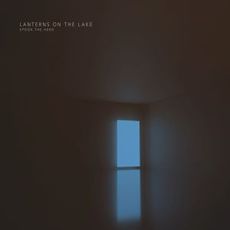