this exquisite ep of autumnal pleasures pairs o’ brien’s tender, fluttering murmurs against a swooning, neo-classical folk backdrop that begs to be enjoyed in front of a crackling fire.

The four tracks are primarily songs recorded around the time of ‘The Art Of Pretending To Swim’ sessions – Conor O’Brien’s acclaimed fourth album. In Conor’s words: “The tracks that fell through the cracks; it turns out they had their own story to tell. ‘The Sunday Walker’ EP is a collection of lost songs as much as it is an emotional arc. Songs of loss and songs of realisation. Songs of empathy and isolation.” Fans of tallest man on earth, iron & wine, bright eyes and Adrianne lenker (big thief) will love it! 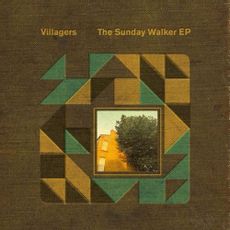