The Associates were leading lights of the NEW POP movement from the early 1980’s. Hailing from Dundee on the east coast of Scotland, the band signed to Fiction Records before spells working with and recording for both Situation Two and WEA Records. Originally released in February 1985 after exhaustive recording sessions, Billy Mackenzie finally followed up the 1982 Associates album Sulk with this 10 track offering. The album was a long time in the making and featured four different producers, Heaven 17’s Martyn Ware, Martin Rushent, Dave Allen and Greg Walsh. Disc One features the 10 original album tracks plus four instrumentals that were included on the original cassette release of the album. These bonus tracks are appearing on CD for the first time. Disc Two features all the related bonus tracks for which master tapes still exist. This includes the extended versions of singles ‘Those First Impressions’, ‘Waiting For The Loveboat’ and ‘Take Me To The Girl’, plus single versions of ‘Waiting For The Loveboat’, ‘Breakfast’ and ‘Take Me To The Girl’. Other tracks include 7” and 12” b-sides. 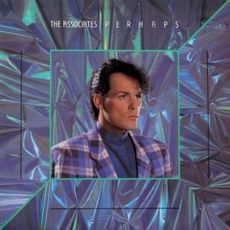