Wilson’s latest, ‘Dixie Blur’, was cut in only six days. so fast, in fact, that it was a blur. There really is a magic that occurs when musicians play together in a room and create that one consistent thing in time, something created by the collective energy that is impossible to recreate otherwise. It feels like another side, Sort of like a personal, unplugged, just got off the road feeling. It’s the most down to earth and emotional both musically and lyrically that Jonathan Wilson has ever been. FFO: Steve Earle, Kevin Morby, Laraaji, Father John Misty “This is an impeccably put together record” 7/10 - Uncut

Kev says: Wilson’s Southern roots shine through on his latest release which I’m loving. It’s a bit Folky. It’s a bit Country. It’s a lot mellow and the cover is amazing 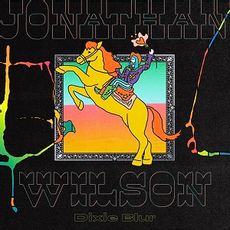