Using delay-drenched lapsteel, distorted bass & snyths, and acoustic and electronic drums, INSECT ARK’s music creates a sonic mural both uncomfortably intimate and icy cold. The follow-up to 2018’s “Marrow Hymns” LP… “The Vanishing, out Feb 28, 2020 sees Schechter team up with drummer Andy Patterson (SUBROSA) and with his addition to the INSECT ARK fold, “The Vanishing” further expands the INSECT ARK sound picture resulting in their most expansive, immersive, and intricately crafted album to date. Recorded and mixed by Colin Marston (Krallice, Dysrhythmia), “The Vanishing” flourishes through a sound canvas so immense and enveloping, cinematic and grandiose yet hypnotic, trance-inducing, and alluring at the same time. Bridging the gap between experimentation and song form, a heavy focus is on composition, but INSECT ARK is not content to stay in the studio. It is very much a live experience, with emphasis on the live instrumentation of bass, lap steel, drums, and synths using intricate live analog looping techniques to achieve a monster “wall of sound” with only one or two people on stage accompanied by mind-bending animated visuals - also made by Schechter who works as a video artist in the film business - completes the live experience to envelop and crush the senses. Formed in late 2011, INSECT ARK began as a one-woman solo project of Schechter who made three solo INSECT ARK records in which she recorded and played all the parts herself (as seen on the “Collapsar” 7”, the “Long Arms” 10”, and the “Portal/Well” LP). In 2015, drummer/analog electronics builder Ashley Spungin joined and together they made 2018’s “Marrow Hymns” and toured extensively. In September 2019, drummer Andy Patterson (SUBROSA) would replace Spungin prior to him and Schechter entering the studio to record “The Vanishing”. Schechter has worked as a collaborator for studio/stage with Swans, Angels Of Light, Zeal & Ardor, Arabrot, Wrekmeister Harmonies, Gnaw, Bee and Flower, and Gifthorse. Starting in the spring of 2020, she will be joining Swans as a primary touring member of the band. 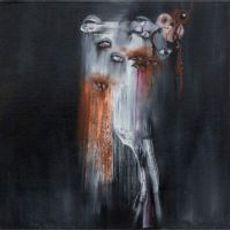