Also the mind behind the Neoclassical band DIE VERBANNTEN KINDER EVAS. This new album is pure dark art, apocalyptic and yet emotional and evocative. Synth music with a slow and calculated atmosphere that may even eclipse bands natives in the genre largely thanks to the fact that Richard Lederer has been really inspired and brilliant in this album. For all those Summoning lovers out there, that would like to approach to new sounds, you will easily recognize the Richard Lederer signature in the 8 tracks, because the whole album is composed with the same winning formula used to create the Summoning songs. The atmosphere and melodies of «Nullify» will be so familiar for you all, specially in tracks like «Forsaken», «Death Parade», «Empty Shrine», «Reunion» or «Chasm» 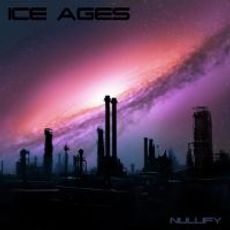