This new series picks up the story in 1990 with the album that is widely regarded as their masterpiece, 'Songs Of Praise'. It’s been expanded to a double album with a whole raft of bonus tracks, as has 1993’s In 'Pursuit Of Shashamane Land'. 2005’s 'Vision Of A Psychedelic Africa' and 2011’s 'Voodoo Of The Godesen't are pressed to vinyl for the first time, both as double LP sets, and as a companion piece to the 'Return Of The Crocodile' LP of early rarities, 'Churchical Chant Of The Iyabinghi' compiles alternate mixes and dubs from 1990 -1993. All of the contents from the vinyl reissues are also anthologised in the 5CD and 36 page book boxset, 'Drumming Is A Language', the companion set to the acclaimed 'Environmental Holes & Drastic Tracks 1981 - 86'. 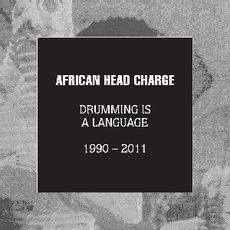