By the close of the Sixties, Ecliston Adolph Elanza ‘Clancy’ Eccles was at the vanguard of the Jamaican music scene, having produced many of the island’s most popular and influential recordings since launching his New Beat and Clandisc labels in 1967.

Reflecting his standing in Jamaica, London-based reggae giant Trojan not only launched their own version of his Clandisc label, but also issued a pair of collections entirely comprising the singer-songwriter-producer’s work, both of which were collected on the recently released 2CD set, “Freedom & Fire Corner”. The popularity of these albums spurred the company to swiftly put together the two best-selling Clancy Eccles-produced albums that provide the focus of this follow-up compilation: “Foolish Fool” and “Herbsman”. Including a mix of major Jamaican hits and rarities performed by an equally eclectic mix of artists, the track-listings from this pair of boss reggae long-players have now been augmented by an impressive 34 bonus recordings, which include six previously unissued tracks and a further 19 currently unavailable digitally. 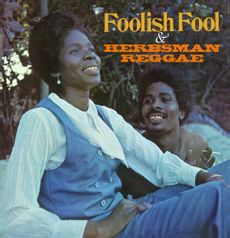