‘Three’, the 21st album from the legendary instrumental trio, is a winding, textural, and visceral musical exploration through three individual, contrasting tracks that each delve into separate tenets of their sound. ‘Three's variety of tones and structures offer a glimpse into the boundless, immersive sonic universe The Necks have been constructing, through recorded and live performance, for over 30 years. From its very first moments, ‘Three' rattles and propels listeners through a dense, mesmerizing soundscape of unceasing intensity. FFO: Swans, Xylouris White, Jon Hassell, Fire! “It feels live, and to some extent I’m sure it partially was, but when you’re dealing with musicians this adept everything they do is alive; alive with possibility, with beauty, alive with a kind of assurance that most music could only dream of.” - Cyclic Defrost 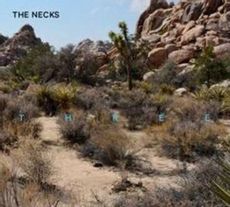