our shop fav turns her woozy late-night pop style towards a plethora of brilliantly written gems, resulting in an intoxicating album with a coherent identity of its own.

The wildly acclaimed Brooklyn songwriter Joan As Police Woman returns with her new album “Cover Two”. This is Joan’s second album re-working songs by other artists and again, Joan makes some very interesting choices, including the likes of prince, the strokes, gil scott-heron, talk talk, blur, outkast, neil young and cass mccombs! “Wasser has constructed a cohesive sound and mood for them, and sequenced the songs so cleverly that it sounds like a single work with a unifying theme. It’s nothing short of remarkable” - louder than war. 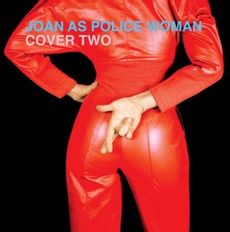