toting a beefier - & somehow even more eclectic sound - toledo & co return with a palette that flirts with synths & alt hip-hop whilst retaining that same laser precise intuition for infectious songcraft.

The album is the result of a fruitful “collaboration” between Will Toledo, & 1 Trait Danger, a CSH electronic side project consisting of drummer Andrew Katz & Toledo’s alternative persona, “Trait.” To realise this, the band recorded the album twice: once live with guitars, drums & bass, & once in a MIDI environment using purely synthesized sounds. During the mixing process, the two approaches were gradually combined using elements of each, with additional overdubs. fans of the walkmen, beck, the modern lovers & the uncompromising tune-slinging abandon of mitski should all check this out! “a masterclass in mixing influences seamlessly” 9/10 – loud & quiet. 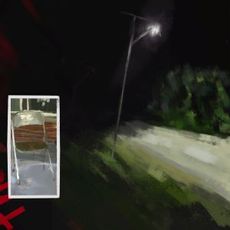