His debut album under the moniker, Dissident, was originally released last year on a limited edition cassette by Bytes, an offshoot of Ransom Note Records. That sold out in 24 hours, and was followed by a vinyl pressing of 500 copies, on transparent green vinyl, sold via Bandcamp and two online shops. However, with that edition now sold out pretty much on word of mouth, due to popular demand, Dissident is being repressed and is this time being made available to a wider audience via a partnership between Bytes and Republic of Music/K7. The name GLOK is a misspelling of the German word for Bell. The German connection ﬁts well as there is a strong Krautrock inﬂuence in the music, especially on the title track, ‘Dissident’, an epic clocking in just shy of the 20-minute mark, which blends synthwave, minimalism, trance, Detroit techno and John Carpenter soundtracks, with Andy even dropping in some killer John Squire-esque guitar licks. The album was supported by Andrew Weatherall, Justin Robertson, Tom Ravenscroft at BBC 6 Music, The Times, Electronic Sound, Clash, DJ Mag, ChainDLK, Stamp the Wax and Groove. Dissident Remixed will follow on June 26, 2020, featuring reworkings from Andrew Weatherall, Jay Glass Dubs, Maps, Richard Sen, Minotaur Shock, C.A.R., Timothy Clerkin and Andy himself. 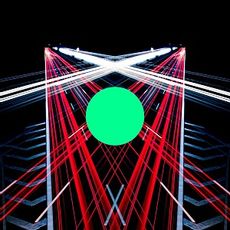