A Celebration of Endings

'North of No South’ hits hard before finding the space for the Johnston brothers to unleash some soaring Queen-style vocal harmonies, before ‘The Champ’ throws piano, cinematic strings & Biffy’s prototyped jagged rhythms into the mix without ever losing any of its sleekness. ‘Tiny Indoor Fireworks’ is the best direct rock anthem they’ve ever written, somehow snappy, melodic & light on its feet while feeling so natural you could imagine it was conceived in minutes. “Anthemic choruses abound, coated in blistering guitar riffs & the visceral energy of a band that have long graced the stages of the world’s biggest stadiums, their newest record is a spectacular show by its very nature” 8.5/10 – line of best fit. 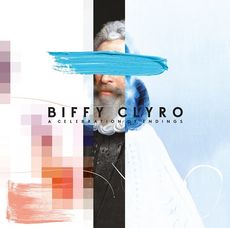