Clouds In The Mirror


indie super-duo petr aleksander turn their lush piano and string arrangements to the indelible vocal tracks of ride's sensational 'this is not a safe place' record and the results are nigh on heavenly.

this ambient project comprises the multi-instrumental talents of noah & the whale's tom hobden and producer eliot james (who produced natw's debut album) at the controls. The london pair stripped the songs back to just the vocals and added their customarily beautiful string arrangements, keys and synth textures beneath them. This takes Ride deep into the neo-classical / ambient territory that a couple of the remixes of their previous album hinted at and will appeal to fans of those musical styles, as well as those who consider themselves a part of the band’s die-hard fanbase. Fans of erland cooper, efterklang and slowdive should slip this in their lugholes. 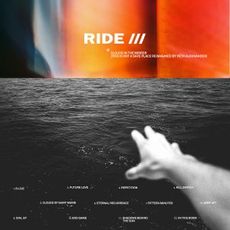