No Further Ahead Than Tomorrow (2020 reissue)


Ulrich Schnauss, the highly respected German electronic music composer has taken the opportunity to remaster his entire back catalogue having recently had all his recording rights returned to him.

They will be reissued on his own Scripted Realities label. The last of the five albums, "No Further Ahead Than Tomorrow” was originally released in 2016 and has been rerecorded and reworked as well as being remastered. It now sounds the way Ulrich had intended hence the change of title from "Today" to "Tomorrow”. Ulrich's long term AV collaborator Nat Urazmetova has reimagined and refreshed the artwork. Appeals to fans of Brian Eno, Jon Hopkins and Tycho. 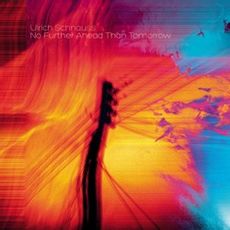