Taking inspiration from the changing seasons, Modern Nature have conjured a subtly shifting record with reams of sprawling sonic ambition.

It's clear the band have moved on from the first album; muted percussion and double-bass regularly stirs behind Jack Cooper's slint-like ambling guitar, sounds build towards a collaged crescendo, and lyrical saxophone lines seem to reference pharoah sanders. ‘annual’ acts both like a companion piece to the band’s ‘how to live’ debut but also a pointer to the paths ahead. This is another step towards something more liberated and a world away from the sound of cooper's previous bands. A definite must for fans of Talk Talk’s 'Spirit of Eden’. “Often romantic but rarely sensationalist, its earnest narration feels well-rooted and unafraid of being held to account.” 7/10 - Loud & Quiet 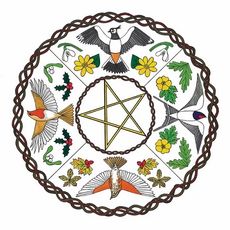