Seven years later, his last recording before signing with Rick Rubin’s American Recordings would be another collaboration, “The Wanderer”, with U2. In the years that span those recordings, Johnny Cash released a total of six albums for Mercury. Despite significant focus and attention around his Columbia and American recordings, his Mercury catalogue has never been revisited… until now. With brand new liner notes by music writer Scott Schinder, Johnny Cash: The Complete Mercury Studio Recordings (1986-1991) represents the very first deep dive into the Country music legend’s Mercury catalogue, and reveals its importance as the bridge between his better known catalogues on Columbia and American. 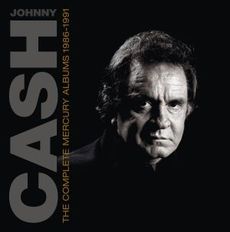