WILL THIS MAKE ME GOOD


looser and smokier than its impressive predecessor, hakim's sophomore is a woozy, lo-fi wonder that swirls around his singular, soulful voice.

In 2017, Hakim’s debut album, the critically acclaimed Green Twins, announced the singer-songwriter as an idiosyncratic talent, making music that resists genre classification. You could work a song of his into an HBO original series, as 'Insecure' did; you could smoke to it and wonder about your ego; you could slow dance with the person you love—it’s not versatility, so much as a lack of boundaries and a strong sense of intuition. Ffo jordan rakei, tom misch and moses sumney. “stark, elegant, and beautifully emotive […] a thrilling, timely reminder that true art shines brightest when it emerges from the darkest skies” - clash music

James Cooper says: “This totally sits in the trippy space between Prince & D’Angelo. I’m defo riding off into the sunset to this one…” 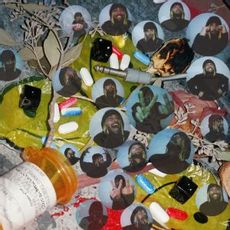