New cuts of one of the highlights from last year’s critically praised ‘Crush’ that will have you on your feet & surrendering to the drop.

'bias' began to morph and expand during floating points’ live shows and now he presents a recorded version based on those exciting, in the moment improvisations. the mayfield depot mix stems from a performance at the end of 2019 as part of the warehouse project series. named for the manchester venue, the mix is based around a live recording from the night with crowd noise bleeding into his microphone, giving a palpable sense of energy in the room. the extended mix stretches out the album version of 'bias', unfolding new layers and giving even greater depth to that satisfying build. FFO: Four Tet, Bicep, Aphex Twin, Jon Hopkins 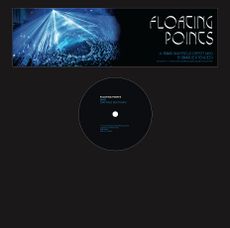