Interviewed in The Wire about the soundtrack, Strickland commented: “I was a fan of Stereolab and so much of the music I fell in love with was because of their recommendations whenever they were interviewed".

"Using Steven Stapleton’s music in my first film indirectly came about from first hearing Nurse With Wound on the joint Crumb Duck release with Stereolab. Stereolab were a whole world, what with their championing of other bands through their Duophonic label. After meeting Tim and talking about film it made complete sense to ask him if he would do something. That was unusual in that I didn’t have any specific project in mind. Tim sent me some very long demos to help me write, he implicitly understood that longer tracks are more conducive to writing. Elements of some of those demos worked their way into 'In Fabric'. It was a luxury to work that way, usually, musicians are only approached after writing”. 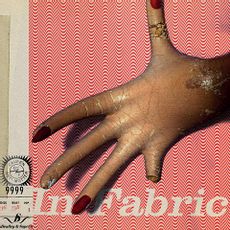 A2. The Dress Perspective (demonstration)

A4. An Ambiguous Shopfloor Manoeuvre