A lovely album" **** The Sunday Times "Ingenuous pop" **** The Independent 2020 marks a decade since The Phoenix Foundation’s “Buffalo” was born. Featuring a number of the New Zealand group’s most enduring songs, from the gently psychedelic drift of opener “Eventually”, the idiosyncratic title track (once covered by Lorde, pop pickers!), the sugar-sweet “Flock Of Hearts”, pidgin-German “Bitte Bitte” to the soaring melancholy swell of closing tracks “Wonton” and “Golden Ship” it’s a record that has well and truly stood the test of time. Featuring guest appearances from fellow musical travellers Connan Mockasin and Lawrence Arabia, ‘Buffalo’ took the band on quite a journey. Following its release in New Zealand in April 2010, the album found a home on one of the UK’s finest indie labels Memphis Industries. Hugely acclaimed on its European release, The Phoenix Foundation headed over to these shores for a run of sold out shows, appearances on TV in the UK and Germany, including a coveted slot on ‘Later… with Jools’, and saw them find a multitude of new fans including, but not limited to a certain Jarvis Cocker. 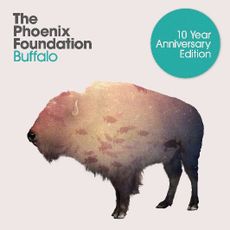