the trio continue to generously serve out warm, middle-eastern funk vibes but, by introducing laura's breezy vocals into the mix, they've made everything all the more direct; we've fallen hard for this one.

Khruangbin has always been multilingual, weaving far-flung musical languages like East Asian surf-rock, Persian funk, and Jamaican dub into mellifluous harmony. But on its third album, it’s finally speaking out loud. Mordechai features vocals prominently on nearly every song, a first for the mostly instrumental band. It’s a shift that rewards the risk, reorienting Khruangbin’s transportive sound toward a new sense of emotional directness, without losing the spirit of nomadic wandering that’s always defined it. “Khruangbin have always made music that rewards close listening. With the vocal hooks and dancing boots of 'Mordechai', they’re making it easier than ever for us to love them” 4/5 – the arts desk. 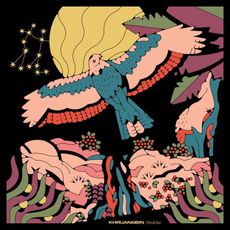