Originally released by Creole Records in 1978, “Roots, Rock Reggae” primarily served as a showcase vehicle for the most recent productions of Phil Mathias and his Big Phil label.

Comprising 14 tracks of the highest quality, the album featured some of Jamaica’s leading talent, notably the In Crowd, Cornel Campbell, Sugar Minott, Delroy Wilson and Leroy Smart. Released in a number of countries around the globe, the LP proved a best-seller, but despite its popularity and rich musical content, it subsequently remained unavailable until the early 1990s when it was reissued in Germany in limited numbers. Now, at long last, this superb collection of high quality roots reggae is made available once more, with its original track-listing augmented by the best of Mathias’s remaining productions from the period. 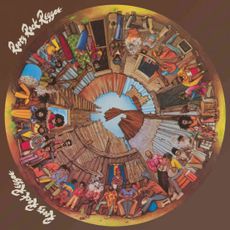