expanding on the new-wavey synth pop hinted at on 2012's 'the shallows', the endlessly inventive leeds band have returned reinvented, harbouring a razor-sharp, dystopoian post-punk sound to match their bristling, poetic invectives.

Their first studio album in eight years deals with knotted themes of information; how we consume it, and how we can possibly make any sense of it in an age of constant bombardment. It digs beneath populism’s rise, from the divide and conquer tactics that caused Brexit in the UK, to the ascent of Trump in America and the subsequent reign of lies and misinformation. The group have gone back to go forwards in some ways, returning to some of the primary influences that caused them to first form back in 2004: Joy Division, The Birthday Party, Gang of Four, Television and The Velvet Underground. 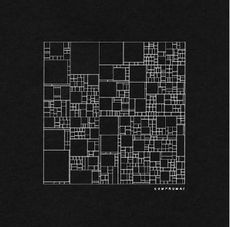