'In 1992, Dr. Dre was the biggest producer in hip-hop music, a pioneer drawing comparisons to Quincy Jones and Phil Spector; he was also its most unemployable one. Death Row was ostensibly up and running with a master architect at the helm, but the young label needed a big victory upon which to build its empire. 'The Chronic' became that cornerstone achievement, kicking off a historic four-year run that ended with the death of the label’s other major star, Tupac Shakur. In that time, Dre established himself as not just a peerless producer but a visionary. His debut album, 1992’s The Chronic is an imaginative crusade with half-truths so vibrant they blurred the lines of what was real. 'The Chronic' lives on as a timeless show of strength when the stakes couldn’t have been higher, and as the herald of a tectonic shift in rap. Without it, or Dre, there is no Game, no YG, no Kendrick Lamar or To Pimp a Butterfly, no Nipsey Hussle. Dre gave shape to L.A.’s present and future. His dispatch from inside a city in transition not only furthered its sense of place in the world beyond but helped affect the place it was becoming.' Pitchfork review. 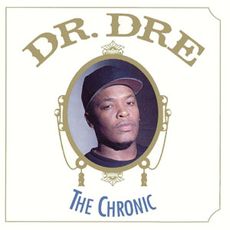