very much returning to form, the band sound hotly inspired on this relentlessly catchy album of zesty, guitar-driven art-pop.

The band’s approach to ‘Re-Animator’ was to streamline the creative process by focusing on harmonies and melodies over synths and programming. Inspiration came thick and fast: wonderment at the wider world despite the horror of its politics; existentialism and the prolonged, if fading, youthfulness of being in a touring band; and the ominous threat of climate change. the album emerged in two stages. A year of writing and demoing was followed by two weeks recording with producer John Congleton (St. Vincent, Sharon Van Etten, David Byrne). He complemented the band’s back-to-basics nature by encouraging them to record quickly and decisively. It’s a looser, less cluttered sound that heightens their focus on the fundamentals of songwriting. 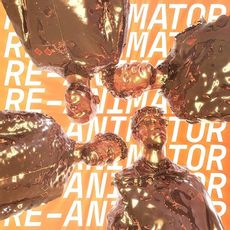