Burning deep in Girl Friday's music is an unquenchable will to survive.

The LA-based band don't blunt the impact of the themes they work through in their ferocious, knotty rock songs, but they don't let the more harrowing aspects of being alive and young in the 21st century daunt them, either. Dystopian shades of post-punk and noise rock abound alongside abundant optimism on Girl Friday’s arresting debut LP, Androgynous Mary. The world is a hellscape, but the four of them are in it together. With bold, dramatic guitar lines and tightly wound vocal harmonies, Girl Friday - guitarist Vera Ellen, bassist Libby Hsieh, guitarist Sierra Scott, drummer Virginia Pettis - negotiate the stress and alienation of being sidelined by society. "Does the average man feel like he's on the outside?" goes the beginning of "Public Bodies," a wistful jangle-pop gem that shudders open into a snarling punk coda. Taking cues from boundary-pushers Sonic Youth, Girl Friday favor the rush of jarring turns over the safety of well-defined pop taxonomy. Looking to queer provocateurs like Placebo, they cherish the frisson of incongruous musical elements: "really dark, heavy things mashed up with quite beautiful things, whether that be a distorted guitar line and a sentimental vocal or vice versa," as Ellen puts it. That duality dovetails with the thematic friction running through the album, the alternating despair and hope that intertwine in the fight to survive as disenfranchised people in the US. Written during a year of personal struggle for all four band members, Androgynous Mary reflects the solace they took in each other -- as a band, but also as a microcommunity and a chosen family. On the record's final song, "I Hope Jason Is Happy," Girl Friday sing in unison: "My head is on your chest / In the end I'll be happy if you do your best / You've got to fight to keep your breath in this world." It's a testament to the power of their bond, and a gesture of solidarity with those listening. Alone, we suffer under the weight of everything designed to keep us down. Together, we stand a fighting chance. Girl Friday place their hope squarely on that chance. 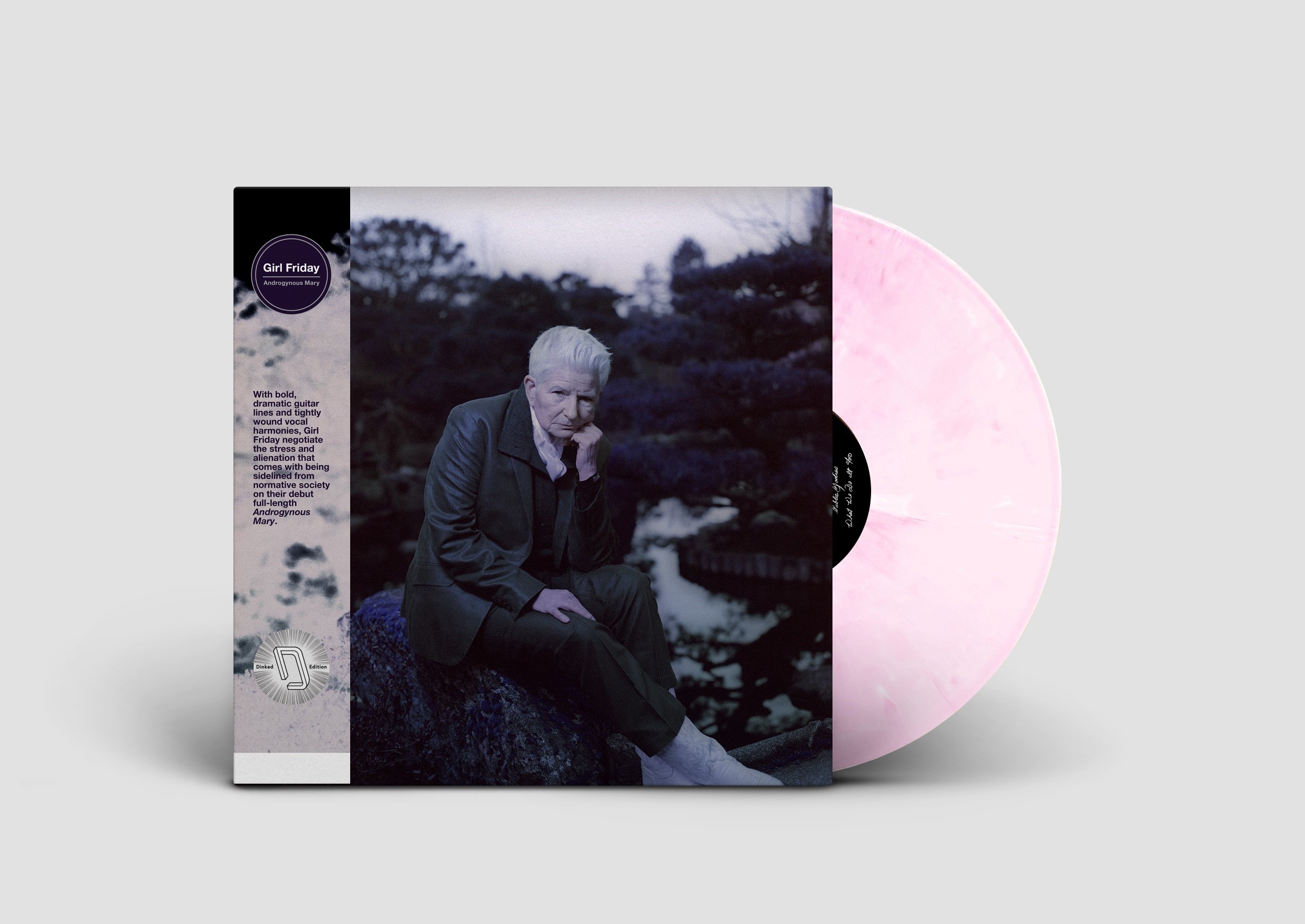