“Look! Where your focus goes, your energy flows.

Are you hearing me?”

“The title is everything,” Disclosure’s Guy Lawrence says of the fraternal duo’s exhilarating third album, ENERGY. “The thing that decided which songs made it and which songs didn’t was that one word: energy. Every track was written really quickly. That’s why we had to write so many songs because those ones don’t come up every day. Or every week. Or every month.”

This is a radical departure for Disclosure. For their first two albums, Settle (2013) and Caracal (2015), Guy and Howard Lawrence recorded only as many tracks as they needed, but ENERGY evolved out of an epic process of creation and distillation. The path to their shortest, most direct album -11 songs, 39 minutes - ran through around 200 tracks: everything from drum loops to fully realised songs.

“The idea came from seeing how Sam Smith works,” says Howard. “We thought, why don’t we do that? That’s a great idea! We didn’t see the really painful part, which is having to cut songs out.”

“But that’s what makes a good record,” says Guy. “How brutal can you be? How much time do you need to get your point across? All of the songs that didn’t make the album led us to the right songs.”

This year marks a decade since Disclosure’s first single, Offline Dexterity. Guy is still only 28 and Howard just 26 yet they have clocked up 4.5 billion streams, 4.5 million album sales and sold 500k tickets to headline shows (excluding festival appearances). When they started, they were performing in clubs that Howard would otherwise have been too young to enter. Their youth and naivete was key to their originality. Early releases such as Latch and Flow spearheaded a house music revival even though they didn’t know most of the house and garage records they were supposedly inspired by. “We weren’t influenced by that stuff but we did sound like it so we had to work backwards in a strange way,” says Howard. “We’ve worked backwards our whole career,” says Guy. “It was because we knew so little that we did our own thing.”

As the sons of professional musicians in Reigate, Surrey, Guy and Howard were players and songwriters long before they learned to DJ or produce, so they never felt compelled to fit in. “I’ve felt since day one that the dance music scene is too cool for me,” Guy laughs. “We’re still not in the crew. I still think, walking into Boiler Room, oh, I don’t have the latest dubplate!”

The combination of Guy’s tough, supple production, the classic songcraft of Howard and co-writer Jimmy Napes, and well-chosen guests such as AlunaGeorge, Jessie Ware and a then unknown Sam Smith, made Settle an instant phenomenon, yielding four Top 20 hits and a Mercury Prize shortlisting. “We never wanted to be famous,” says Guy, mentioning the trademark line-drawn “masks” on their Settle-era artwork. “We wanted the music to be famous. The more work we did, the better chance it had.”

Caracal, their second number-one album and a Grammy nominee, was more ambitious, featuring the likes of Lorde (with whom they’d performed a White Noise/Royals mash-up at the previous year’s Brit Awards), Miguel, Gregory Porter and The Weeknd. The subsequent tour took them places they had never anticipated. For Guy, the highlight was Madison Square Garden: “I remember playing frisbee with dad in the empty Madison Square Garden before the crowd rolled up. He’d been dreaming of playing that place his whole life.” For Howard, it was driving home after each of three nights at London’s Alexandra Palace: “It was surreal to be in a traffic jam that was our fault.” Headlining Glastonbury’s Other Stage on Friday night in 2016 was another landmark show. “That was the slot where we saw the Chemical Brothers or the Prodigy,” says Guy. “It was my most enjoyable time on stage ever.”

How do you follow that? Disclosure decided that the smart move was to do nothing for a year. “Not enough people do that,” says Guy, citing growing awareness in the music industry of the dangers of overwork. “I would credit that whole year of not making anything as part of making the album. You’ve got to make room for the music, otherwise it doesn’t come.”

In 2018, they got back to work. Howard developed his songwriting and playing while Guy honed his production skills on hundreds of sample-based club tracks, five of which appeared on the Moonlight EP that summer. It gave them new material to play in carefully selected DJ gigs such as Manchester’s Warehouse Project (“such a sweaty, authentic rave”) and California’s Lightning in a Bottle festival. They also took up offers to work with Khalid (Talk, which earned them their fifth Grammy nomination and more recently on the latest single Know Your Worth) and the late Mac Miller (Blue World).

Before they started the album they got some drinks in and had a listening party at their management office, talking about all the artists who excited them. Once they make contact with a vocalist, they never collaborate long-distance or provide a readymade backing track. Every song on ENERGY was written from scratch in the studio, in either London or Los Angeles. “We’re in this lucky position where we can go and work with people we’re fans of,” says Guy. “We’ve worked with a lot of our favourite singers already,” adds Howard. This album became an extension of that.

The album is bookended by its two most established artists. Kelis kicks things off with the charismatic breakbeat romp Watch Your Step. “We’ve wanted to work with her for years,” says Howard. “It reminded me of working with Mary J Blige because they’re from the generation that was there for house first time around. We were still babies.” For the breezily reassuring final track, Reverie, Howard and Common threw rhymes back and forth: the first time the veteran MC had ever written lyrics with someone else.

Common is far from the only rapper on ENERGY. Compton’s gruff-voiced Channel Tres rides a bumping house groove on Lavender, Chicago’s Mick Jenkins winds through stealthy two-step on Who Knew, and Aminé and arguably one of the UKs most compelling rappers slowthai go head-to-head on the absurdly exciting hip-house rampage, My High. “We always wanted to work with rappers,” says Howard. “We just didn’t know any and we had no means of contacting them.” Guy gives a wry smile. “There’s not a lot of rappers in Reigate.”

ENERGY is also the first time Disclosure have worked with artists who sing in other languages: Mali’s Fatoumata Diawara (Mali Mali) and Cameroon’s Blick Bassy (Ce N’est Pa), who jumbles up French with his own invented dialect. The basic track was recorded in one take, with Guy manipulating the 808 drum machine, Howard on bass and Bassy improvising. “That sums up the album for me,” says Guy. “It’s not even a real language but all the tone and flow is there.”

ENERGY’s commitment to immediacy doesn’t mean it lacks variety. Birthday, with Kehlani and Syd, is a yearning R&B slow jam, while Thinking ‘Bout You is a deliciously woozy re-edit of Lady’s 1976 soul single You’re Still the One. But as the sessions progressed, the music got harder and faster. The first offering from the record and, aptly the title track, pits a raucous rhythm from an album of Brazilian library music against a sample of Eric Thomas, the same hip hop preacher whose words memorably appeared on 2013’s When a Fire Starts to Burn. Thomas gives the album a kind of manifesto: “Look! Where your focus goes, your energy flows. Are you hearing me?”

“If the idea is there in 10 minutes and it’s good, don’t fuck with it,” says Guy. “It was a shockingly painful process,” adds Howard. “I’ve poured a piece of my soul into a song and it’s not being used. But it’s been about letting go. Just because a song means more to me, it doesn’t mean that it’s better than a song about being high.”

Disclosure were due to play their first wave of live shows at Coachella, Primavera and Lovebox which were going to showcase their radically overhauled live show to suit the album’s raw urgency: less a concert than an augmented DJ set. “It’s not so much: ‘Everybody look at us,’” says Howard. “It’s: ‘Let’s cover the crowd in lasers and make them have a really fucking good rave.’” Since live shows have been paused during the global pandemic, Guy (and sadly not Howard as they isolated in different countries) found an outlet for his desire to give people a good time no matter what the circumstances by doing a regular run of their popular Kitchen Mix parties via live stream, a set for Boiler Room and a one off special to celebrate Earth Day.

When they do get to tour in these unprecedented times – it will certainly be their greenest tour yet, part of a concerted effort to minimise their environmental footprint which includes carbon offsetting, tree-planting and recycled vinyl. The global energy that in equal parts sustains and destroys this planet we are all responsible for is also tantamount to how Disclosure settled on the album title. In a purely individual, inwardly focused sense, art truly comes alive when an audience interacts with it; there’s few places more unifying than the dancefloor as a shared space of experiencing music in unison. It’s in these instances where the reciprocity of energy realises its potential. The music and album of ENERGY becomes an ecological artefact which underpins a wider narrative of how we are responsible for our place in this world and what we choose to put into it.

When interviewers first asked Disclosure about their ambitions, they said they wanted longevity. They wanted to be able to move between clubs and festivals, stand-alone floor-fillers and substantial albums, DJing and performing. A decade later, they’ve achieved their goal.

“It’s such a privileged lane that we’ve found ourselves in,” says Guy. “It’s great that we can play to 20,000 people and then go and play a dark, sweaty rave. We just want the most amount of people to have the most amount of enjoyment. We can’t wait to do it again and again when the time comes.” 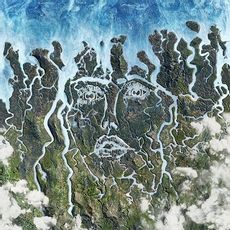