“If you’re going to deconstruct the modern psyche,” says Liela Moss, “you might as well dance to it.” After 2018’s deeply personal 'My Name Is Safe in Your Mouth', Moss entered a period of profound creative and self reflection. When she emerged, she forged an album of questioning intensity and synth-loaded drama, reinforced by the urgent desire to interrogate the role of selfhood in fraught times. And, crucially, backed by the urgent grooves needed for the job. “Liela Moss is one cool artist. Projecting confidence, there’s nothing sweet about her earthy, sensual voice or sassy writing. She has collaborated with UNKLE in the past, and this album gracefully holds that soundtrack-esque electronic undercurrent” 4/5 - beverley knight - narc magazine. 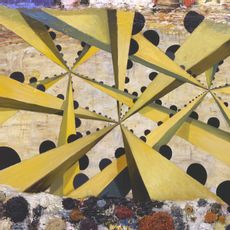