her confidence restored, collins' second album after 38 years of recording silence captures the sound of a woman reassured in her ability and revelling in the chance to sing her favourite songs once more.

As Shirley put it, “Lodestar wasn’t too bad, was it? But when I listen to it, it does sometimes sound rather tentative. I had to record it at home because I was just too nervous to sing in front of somebody I didn’t know. This time I was far more relaxed – even though I went into a studio.” The album is a glorious reminder that she's still in a class of her own, both as a folk singer with a distinctive no-nonsense style, and as an innovator. “The folk veteran’s past, present and future come together on this full-hearted record” 4/5 – the guardian. 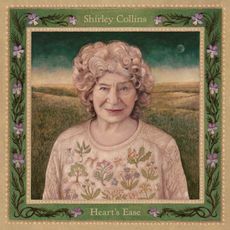