Aggressive, loud and unrelenting – Mould takes aim at the malaise of 2020 in the way only he can, showing the many husker du and sugar aping bands just how it’s done.

Through some of the most direct, confrontational lyrics of his four-decade career, Mould makes his POV clear: “I never thought I’d see this bullshit again / To come of age in the ’80s was bad enough / We were marginalized and demonized / I watched a lot of my generation die / Welcome back to American crisis.” Why “welcome back”? Because Mould experienced deja vu writing Blue Hearts in the fall of 2019. “Where it started to go in my head is back to a spot that I’ve been in before,” he says. “And that was the fall of 1983.” Back then, Mould was a self-described “22-year-old closeted gay man” touring with the legendary Hüsker Dü and seeing an epidemic consume his community. Leaders, including the one in the White House, were content to let AIDS kill a generation.  It’s been a long time since a power pop album has felt this present and pertinent, and who else but mould could bring that sound back to the forefront? “This is the catchiest batch of protest songs I’ve ever written in one sitting,” he says. 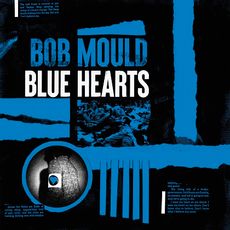