“I first heard Michael Yonkers via the 'Microminature Love' reissue and was immediately hooked. And then I heard 'Goodby Sunball', recorded and released in 1974, the year I was born. I had and have a very deep connection with this set of songs. So, this record was recorded as a way to reboot and reconnect with some songs that have heavily inspired me over the years. It was hard to pick from his vast catalogue, so I just sort of jumped in, with Tom Dolas, Nick Murray, and Brigid Dawson as my band (along with a bevy of others along the way) and these are the tunes that stuck to the wall.” - John Dwyer. 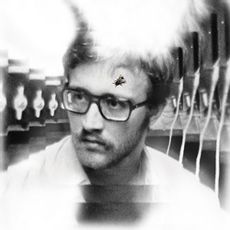