At the center of Tenerife stands Mt Tiede, inviting you to climb it’s beautiful slopes, yet reminding you of the destruction it can unleash at any moment.

The volcano has become the symbol at the center of Palace Winter’s third album ...Keep Dreaming, Buddy, and their lead single from the LP, “Top of the Hill” featuring Soffie Viemose of Lowly. Much of the upcoming album was written through a long-distance correspondence of demos between Palace Winter’s Carl Coleman and Caspar Hesselager, while Coleman was living in Tenerife last winter. In “Top of the Hill”, Coleman’s fears of relationship fallout are set on the stage of the island. “I was walking around this weird volcano island. The retro hotel was like a forgotten paradise resort. The whole thing felt like a Lynchian alternate reality. Caspar was sending me these synth hooks and drum loops from Denmark, so I started coming up with melodies and lyrical ideas to record into my phone” says Coleman about the contrast in which the new album was written, “coming from two entirely different environments.” Meanwhile, in Denmark, Caspar Hesselager was venturing into a different kind of new environment. Searching for an untrodden sonic path, Hesselager began drawing on new inspiration from hip-hop beats, and soul-like hooks. “Top of the Hill” throws us into Palace Winter’s new undulating, bombastic sound of disparate influences, though it is still unmistakably theirs. “As with all our albums, the music arises when you’re looking for inspiration in less obvious places, and you walk into unknown territory” says Hesselager. “The point is always to pour a little of something that feels new into the mix.”. As an example of Palace Winter’s experimentations “Top of the Hill" also arrives with a vocal contribution from Soffie Viemose of Bella Union’s experimental pop group, Lowly. Carl’s writing environment in Tenerife also matches this objective, as he found himself confronted by the new landscape. “I began to think of the volcano as a metaphor for our lives: volatile, mysterious, beautiful, dangerous. No matter where you were on the island, you could see it. Looking down on us. Asleep. But at any moment, it might wake up and destroy everything.” Accompanying “Top of the Hill” is the announcement of Palace Winter’s third studio album, ...Keep Dreaming, Buddy, in which this scenery sets the stage. The titles of the album and the single are infused with a dualism that is defining the entire record. “Keep dreaming, buddy”, a friend could calmly reassure, or a partner might condescendingly mutter. In the same vein, “Top of the Hill” is Palace Winter’s powerful embrace of both the ups and downs of life; the view from the top, and the long way there is to fall. Finally, this dualism is present in Coleman’s and Hesselager’s distant yet paralleled search for inspiration in unexplored territory. This kind of dualism is not new for Palace Winter, who often juxtapose melancholy and joy in their driving yet dreamy music. An unmissable, forward-looking optimism shades their previous two albums, despite touching on grave themes of death, grief, and trauma. What is new, however, is not just optimism, but celebration in the face of uncertainty, and the sonic idiosyncrasy this contrast creates. “We embrace some craziness and mania in a way we haven’t before” says Hesselager. Palace Winter’s third album …Keep Dreaming, Buddy, to be released on October 23rd, will be a portal into their new reality of even brighter colors, even more disparate influences, and constant reminders of life’s fragile existence... A party in idyllic Tenerife with the ever-present volcano rumbling in the distance. Palace Winter are Australian lead singer and guitarist Carl Coleman and Danish, classically trained pianist and producer Caspar Hesselager. Their third album is once again mixed and mastered by Hesselager and produced by both Hesselager and Coleman. And as the story of the album shows, the two have forged an ever-growing and symbiotic relationship together. 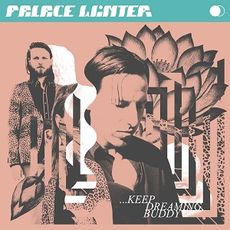