With a requisite crackle, hum and drone, you’re fixed to slide into the disrupture in stereo that is guitarist Bill Nace and — well, THIS is a nice surprise — Bill’s got his own record out this time.

 Sweet — in the past 15 years or so, Bill’s been a trusty improv partner to so many: Steve Baczkowski, Chris Corsano, Paul Flaherty, Greg Kelly, James Twig Harper, Samara Lubelski and Thurston Moore, plus - with Kim Gordon – in Body/Head, to name but a handful.  Bill’s appeared on probably more than 50 albums — but other than a few solo cassettes way back in the day, Both is his actual solo LP debut. It’s been a long time coming, and just like we hoped, with the Nace approach to electric guitar waxing front and center, sound and countersound, it’s a blast.  Working with producer Cooper Crain, Bill constructed Both with the ribs of composition protruding from his improvisational electron pool, pulsing with energies black and shiny, finding lots of sound and music in the process. The listening experience is only faux-monolithic — you can take it all in as a big noise thing if you want, but it’s much more rewarding to lean in and observe the variety of colors and spaces in the playing, how it breaks along discrete lines into alternating currents. The small details, like the crunch of contact between fingers and strings, the hum of the amp in a resting moment, the rhythm implied in a waveform and then pursued, all build up into melodies, climatic detours and underlying emotional expression before wiping into silence again. A real encompassing vision of what to do with a guitar in this day and age. Plus, you got cover artwork by Daniel Higgs. 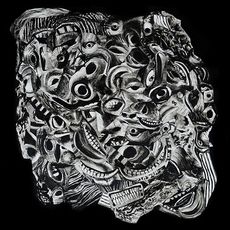