Trace is the debut album by the alternative rock band Son Volt, released in 1995.

The album reached #166 on the Billboard 200 chart and was in the top 10 of Rolling Stone’s 1995 critics’ list. The band, which was formed by Jay Farrar after the split of Uncle Tupelo, recorded an album that is nearly impossible to separate from the time in which it emerged. “Drown” was a hit, charting at #10 on the Billboard Mainstream Rock Tracks chart and #25 on the Billboard Modern Rock Tracks chart. Trace retraces Tupelo’s trademark style with fiddles and banjos, fast rhythms and power chords. A must have for every alternative music fan. 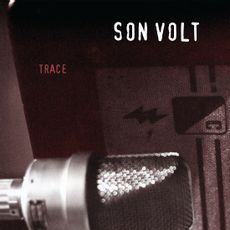