On the occasion of Record Store Day 2020, Le Chant du Monde is proud to announce its first doowop compilation.

The popularity of this music among young singers in urban American communities in the 1950s, such as New York, Chicago, or Philadelphia, is largely due to the fact that the music can be interpreted advantageously a cappella. The doo-wop wave submerged in the United States from east to west and between 1950 and 1960 with more than 15,000 vocal groups releasing at least one record. In 2020, the embers are not completely extinguished and nostalgia is still present, bringing together both the great classics of the genre, but also some very rare pearls. The track list of this compilation will delight fans of the genre but also the younger generations who will discover it. 500 for uk & ireland 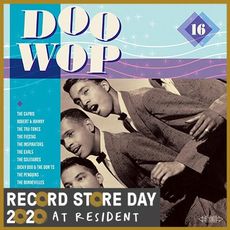