Tracks are taken from the 2009 Deluxe re-issue of the Southpaw Grammar album, and were recorded at the original 2005 album sessions.

The album celebrates its 25th anniversary in 2020. The tracks and artwork for this new Record Store Day release were chosen by Morrissey. 3 track, 10” single, as an innovative transparent photo disc in a clear PVC bag, with all audio on one side. 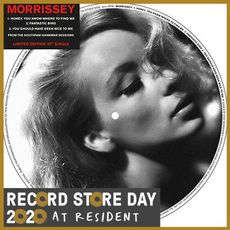