Specialist In All Styles (50th Anniversary)


Celebrating their 50th Anniversary in 2020, the legendary Orchestra Baobab issue their landmark 2002 reunion album for the first time on vinyl.

Adored both at home in Senegal and across the world, Baobab occupy a special place in the history of African music. Their unique and uplifting Afro-Latin hybrid owes everything to the cosmopolitan nature of the band who take influences from all around Senegal as well as Mali, Nigeria, Togo, Guinea, Guinea Bissau and beyond. ‘Specialist’ was the first album by the full group since 1982’s legendary ‘Pirates Choice’, a holy grail for African music fans. Recorded live at London’s Livingston Studios in just ten days and produced by Nick Gold with Youssou N’Dour, ‘Specialist In All Styles’ is a milestone in African music - an inspired, diverse and entirely contemporary take on Baobab’s original Afro-Latin magic, introducing new material and reinventing some of the old tunes that made them legends. Baobab are blessed with a sublime rhythm section and two of the most distinctive sounds in African music, Barthélemy Attisso’s extraordinary guitar and Issa Cissokho’s atmospheric sax. But what also makes the band unique is its five lead singers, all with their own contrasting but complementary styles. The vocal team is expanded on ‘Hommage à Tonton Ferrer’ by special guests Buena Vista Social Club star Ibrahim Ferrer and by Youssou N’Dour himself. The release will be supported by an international ‘50th Anniversary’ PR campaign, marketing, new video content and remixes. 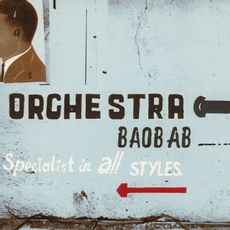