Gondwana Records are delighted to announce parts 3 and 4 of the '7" Series', our first ever 7" vinyl collection series.

Featuring bespoke artwork from Gondwana Records designer Daniel Halsall, cut at Calyx in Berlin, and manufactured at Optimal, each 7" is limited to strictly 300 copies and housed in a reverse board printed sleeve with classic 'dinked' centre holes. The return of Portico Quartet was one of the musical stories of 2017 and Endless was one of the tunes of the year. It's one of the band's biggest tunes and on the flip here is the ethereal groover Undercurrent. Side A Endless A catchy earworm, with a hypnotic groove that announced the band's return to their signature sound and marked their first new music in five years Side B Undercurrentcut at the same session, and making it's vinyl debut after previously only being available as a Japanese bonus track. 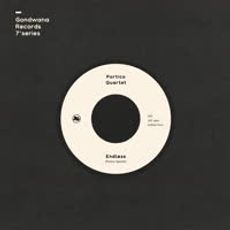